Major development challenges in South East Asia are the need of the economic stability maintenance of developing member countries, improvement of infrastructure in some countries especially rail and road networks. Another main obstacle is to improve the quality of labor force and the high rate of unemployment and underemployment. In this paper, four countries in South East Asia will be explained further.

Brunei Darussalam, located on Borneo Island and share all border with Malaysia, is an Independence country lead by absolute monarchy. Brunei is now considered as developed country together with Singapore in South East Asia based on the High Human Development Index (HDI) . Brunei GDP nominal ranked on 166th in the world (estimated on 2011), however, due to the very small populations (only 408,786) made it GDP per capita very high up to $ 49,384 measured by purchasing power parity. Petroleum industry play important role in Brunei’s economy, which cover the 90% of total GDP [12]. Brunei’s oil capacity production reached the highest point over 240,000 per day at 1979, very high compared with their domestic demand. The main export partners of Brunei’s petroleum are Japan, South Korea, Taiwan, and United States.

Brunei’s government is fully controlled by Sultan as king and prime minister. Sultan also controlled the command of national defense. Brunei is the only one country in South East Asia which don’t have parliamentary council. However, since 2000 Sultan Brunei appointed some parliamentary representatives.

Brunei’s currency (Brunei Dollar) is the most powerful currency in South East Asia, together with Singapore Dollar, because Brunei and Singapore set up an agreement to balanced their currency so that Brunei Dollar and Singapore Dollar always remain in the same value against US Dollar.   In period of 2010-2011, Brunei’s economy growth 2.6% and 2.9% in 2010 and 2011, respectively. Economic income still depends on export of Petroleum and Natural gas.

Malaysia located on the Malay peninsula, the other parts is on northern Borneo Island. This country divided in to 13 states and 3 federal territory, as listed below [13] :

Malaya (former Malaysia) which established on 1957, covered the Malay peninsula, at September 16th, 1963, Sabah, Sarawak, and Singapore joined the federations and became the Malaysia today. However, at 1965 Singapore expelled from the federation and became an independent country [14].

At the beginning of independence, Malaysian economy dominated by agriculture sector, especially from Crude Palm Oil (CPO) and rubber export. In the 1970’s the dominated agriculture based economy started and economic reform toward to multi-sector economy. When Mahathir bin Mohammad appointed as prime minister in 1980’s the industrial sector dominated the economic growth. Growth in industry especially driven by investments [15]. Inequalities exist among different ethnic groups. Chinese ethnic dominated the economic share which made up to 70 percent, although their populations are about one third of the Malaysian total populations. Racial issue is one of the main problems in Malaysia. At may 13th 1969, a ethnic riot happened after elections between Malay and Chinese, which caused several people killed. To overcome the racial and inequality in economy, Malaysian government issued an controversial policy called New Economy Policy (NEP) in 1971 [16]. The objective of this policy was to reduced economic inequality between Chinese and Malay majorities. this policy awas ended up in 1990, and succeed by National Development Policy (NDP) in 1991. The government project to rise the share of Malay economic by 30% from total GDP. The result of this policy can be seen in table 2.

Despite the racial issue. Malaysian economy performance was categorized as the best among South East Asia. This country already considered as newly industrialized country, together with Thailand in South East Asia. Their GDP growth from 1957-2005 are about 6.5 percent annually. Malaysia projected to be a developed country in 2018 (measured by GDP per capita) if they keep their stable annual growth or increases.

During 2011, Malaysian GDP growth by 5.1%, mainly drove by private and government consumption as well as improvement in services sector. Their export became slowly since global financial crisis decrease international demand to international commodity.

Philippines are one of the ASEAN founding. Their area made up by archipelago of 7,107 islands with total land area about 300,000 km2 [18]. Because they have thousand of islands, Philippines have long coastline of 36,289 kilometers, make it the country with the 5th longest coastline in the world. Philippines government divide the archipelago in to three regions group : Luzon Visayas, and Mindanao.

In the first quarter of 2012, the Philippine economy grew 6.4%, the fastest since 2010 [19]. This percentages surpass the IMF estimation which is only 3.5%. Remittances from Philippines overseas worker support their economic foundations. About 11% of total Philippines populations of 97 million are work in the overseas [20], total overseas salary which sent to their hometown is about $ 225 billion, or about 10% of country’s GDP. There are high demand of Philippines worker in many countries because they speak English as their second language.

In terms of economic size, as measured by gross domestic product (GDP), Philippines ranked second after Japan in 1950.   In terms of GDP per capita,  the Philippines ranked fifth and Japan third in 1950. It is remarkable that Singapore, Hong Kong and Malaysia were already more affluent on average than the Philippines in 1950. However, the economic growth became slower because of corruption, especially during Ferdinand Marcos era (1965-1986). At that time, Philippines also called “The Sick Man of Asia”. However, in the past decade, Philippines enjoy remarkably recovery and categorized as the new emerging economy.

The Philippines also considered as a newly industrialized country, which successfully transforming their GDP composition from agriculture based to service and manufacture based economy. Goldman Sachs listed the Philippines as The Next Eleven (together with Bangladesh, Egypt, Indonesia, Iran, Mexico, Nigeria, Pakistan, Turkey, South Korea, and Vietnam). The Next Eleven are forecasted to be the major economy in 21st century together with the BRICS countries. In 2050, HSBC projected Philippines become the 5th largest economy in Asia and 16th largest economy in the world [21].

Indonesia is the largest archipelago country in the world,  comprising approximately 17,508 islands with 5 majors (Sumatera, Java, Kalimantan, Sulawesi, and Papua). Indonesia region divided in to 34 provinces with almost 250 million population, made it the 4th most populous country [22].

About 88% of Indonesian populations are muslim. Made it the most populous Muslim-majority nation. However, Indonesian is not an Islamic state, and neither a secular state. Indonesian, as stated in the Preamble of the 1945 Constitution, is founded on the Five Principles, the first one of which is the belief in One Supreme God. As a consequence, religion is not fully separated from political and public life [23].

In fact, the Indonesian state since its birth on August 17, 1945 has had a Ministry  of Religious Affairs as part and parcel  of the state bureaucracy. This ministry is responsible for the administration of social and political matters of believers; it does not intervene in theological and doctrinal matters regarding any religion.

From the previous economical history, Indonesia experienced two time serious economic crisis at 1965-1966 and 1997-1998 period. During Sukarno Period (1945-1966), also known as old order, political conditions were very unstable because of Netherlands invasion and rebellions in some regions. In additions, the government was not experienced in economy and resulted severe property and hunger. One of the controversial policy in economy are devaluation of rupiah value on December 13, 1965. At that time the old IDR 1,000 banknote are worth to be equal with new IDR 1. This policy issued to suppress the inflation rate, but in fact increase the rate of inflation up to 1000%. After the Communist Party Riots and Soekarno downfall, Suharto became new Indonesia president.

During 1970s Indonesia was a net oil exporter and the only member of OPEC in South East Asia. Ata that time Oil price increases and revenue from oil helped fund growing government investment. As a result, this contributed a high annual economic growth rates, averaging more than 7% from 1968 to 1981 [25].  To reaches the government’s strategy to foster rapid industrial growth. The new strategy permitted a larger role for private businesses and featured greatly simplified government regulations. Some economic policy were issued in the late 1980’s including floating currency of rupiah against US Dollar to improve export competitiveness [26]. Foreign investment flowed into Indonesia, particularly into the rapidly developing export-oriented manufacturing sector.

In Asian Financial crisis period in 1997-1998, Thailand’s central bank floated the baht after failing to protect the currency from speculative attack. The move triggered a financial and economic collapse that quickly spread to other economies in the region. Indonesia was the most attacked country, where they lose 13% of their GDP during 1998. Rupiah exchange rate depreciated up to 83.2% in only 1 year [6]. After the economic chaos, Indonesia started to reform in all aspects, including in politic and economy.

You are visitors number : 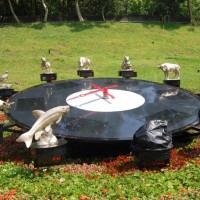 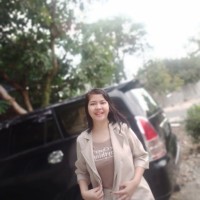 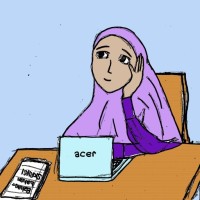 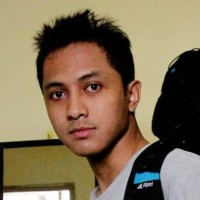 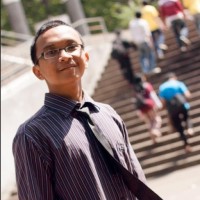 A Good Blog is Hard to Find